Picture the scene: you’re in your house, minding your own business, when all of a sudden you look out into your backyard and see a carpet python hanging from your roof. 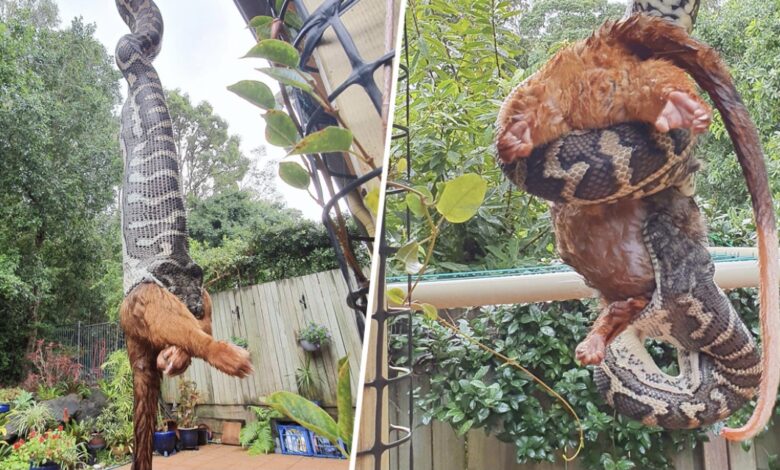 That’s exactly what happened to one unsuspecting family recently, when they witnessed a huge python devouring an adult-sized possum right outside their Australian home. 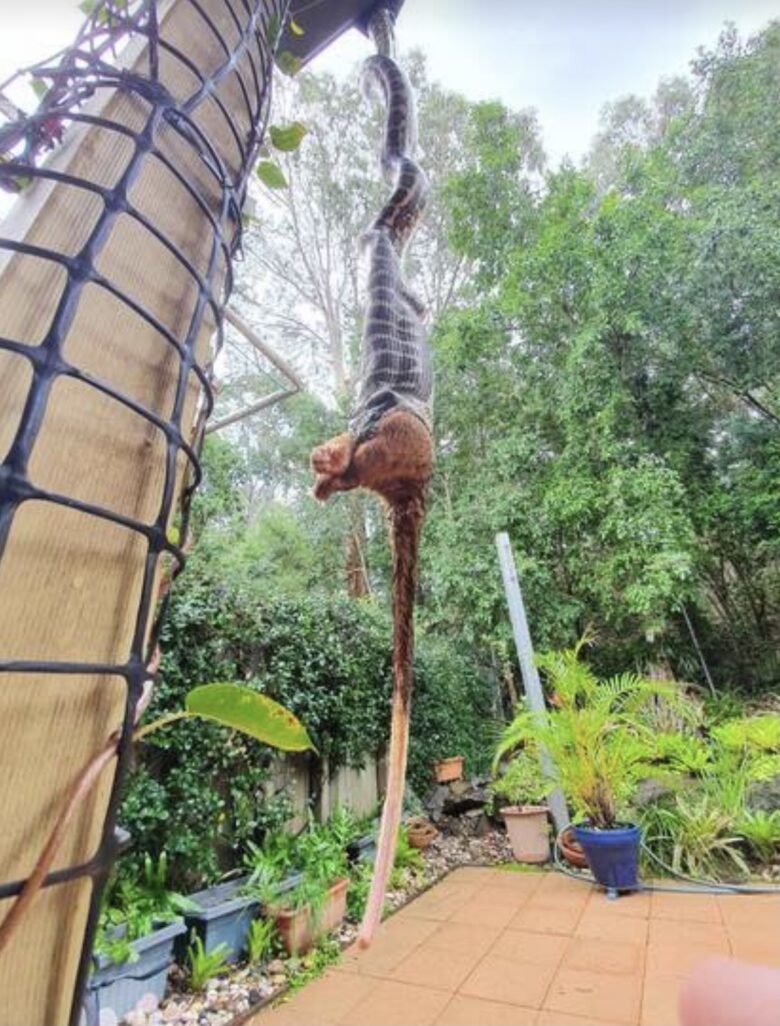 Snake catcher Stuart McKenzie was called out to the house on the Sunshine Coast in Queensland early on Wednesday morning, May 13, after its residents spotted the snake slithering along their roof.
On his arrival though, the 30-year-old heard a ‘commotion’ and was shocked to see the 6.5ft snake hanging from the family’s roof with a large ring-tailed possum hanging from its mouth.

Not wanting to disturb its meal, Stuart waited for an hour to let the python finish ingesting the possum. ‘I knew if I tried to take it away right at that moment, it would likely drop its food and not want to eat it again,’ he explained. ‘It’s just nature so the best result is that the snake gets it food as it is already dead.’ 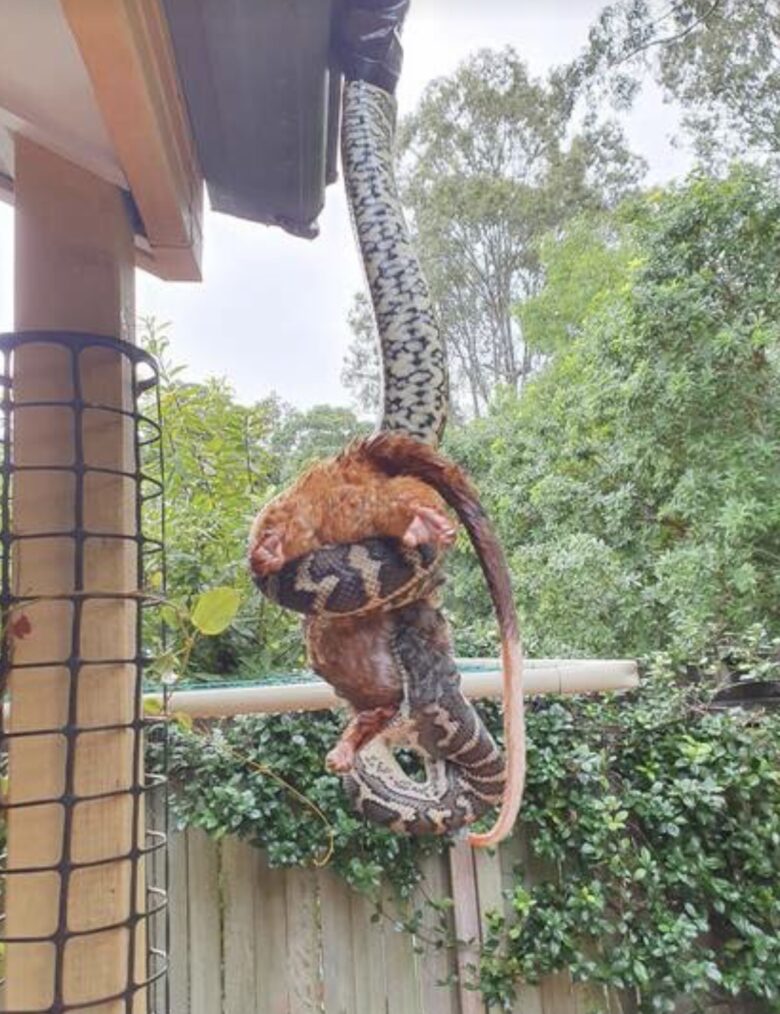 It was while he was waiting that he decided to capture a time-lapse video of the incident, as well as a number of pictures showing the python at various stages of its meal.

After the snake had finished its meal, Stuart transported it from the family’s home and released it into nearby bushland ‘a long way away from homes’ so the python could digest its meal in peace. 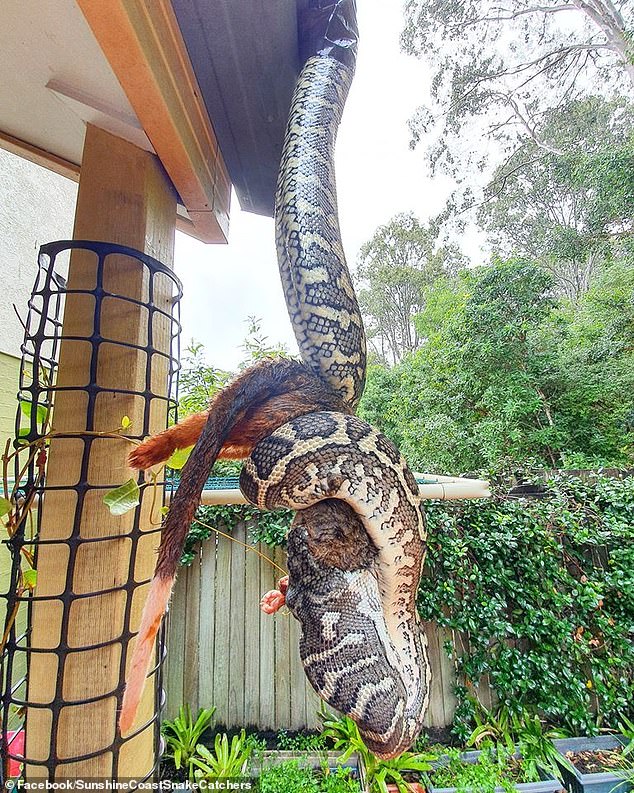 ‘He will have found a nice and warm spot to stay warm and digest that huge meal over the next week,’ the snake catcher explained.
Pythons are non-venomous snakes, and so catch their prey by wrapping themselves around the animal and crushing it to death before swallowing it whole.

This particular snake was able to consume the large possum because pythons’ jaws are able to unlock to stretch around larger creatures. Whelp, rather them than me. 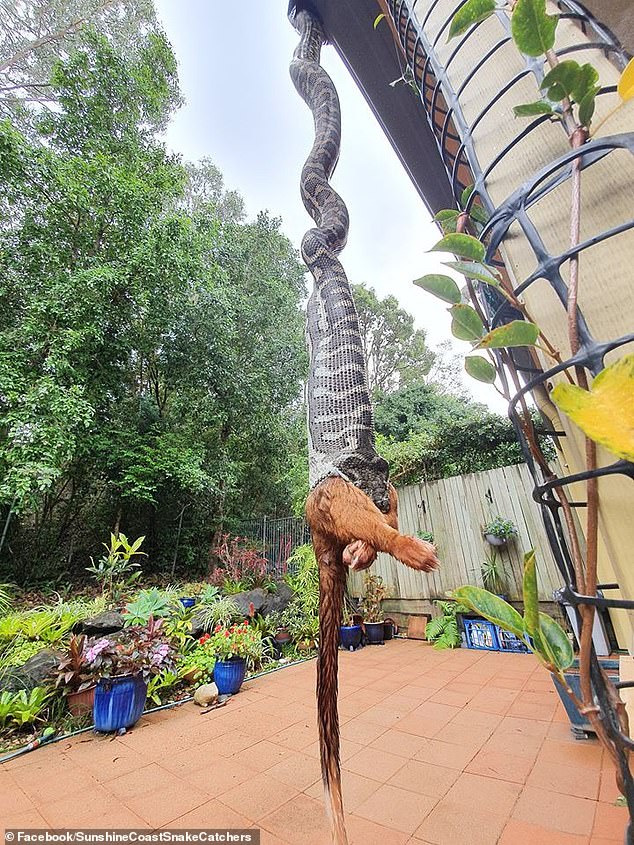 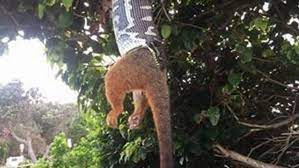 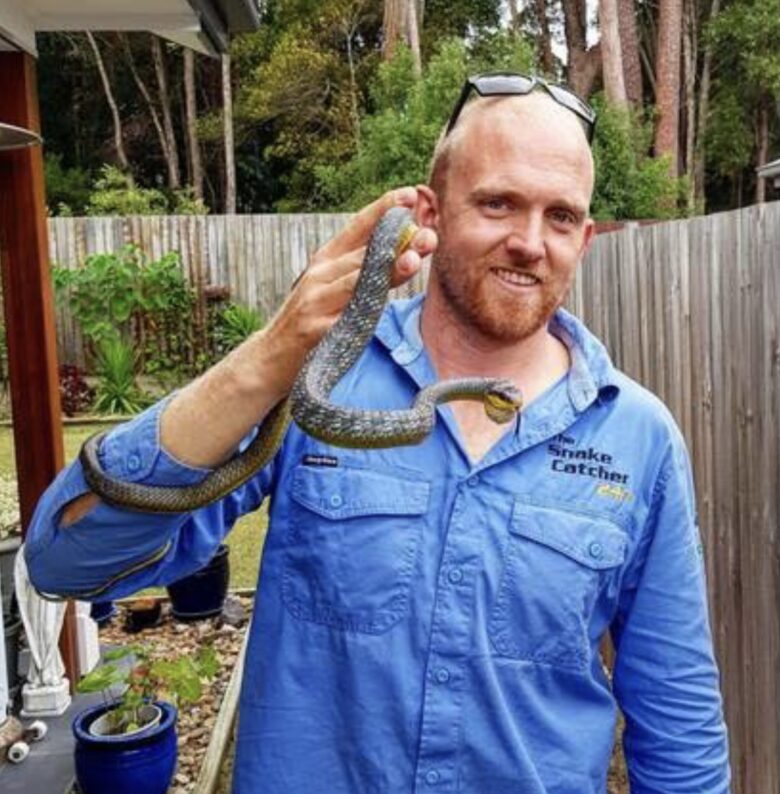